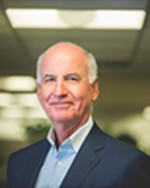 Chairman of the Board

Mr. Caldwell served as President and Chief Executive Officer of SMTC Corporation (an electronics manufacturing services company) from March 2003 until he retired in March 2011. Before joining SMTC, Mr. Caldwell served as chair of the restructuring committee of the board of directors of The Mosaic Group (a marketing services provider) from October 2002 to September 2003, as President and Chief Executive Officer of GEAC Computer Corporation, Ltd. (a computer software company) from October 2000 to November 2001 and as President and Chief Executive Officer of CAE Inc. (a simulation technologies and integrated training solutions provider for the civil aviation and defense industries) from June 1993 to October 1999. In addition, Mr. Caldwell has served in a variety of senior executive positions in finance, including Senior Vice President of Finance and Corporate Affairs of CAE and Executive Vice President of Finance and Administration of Carling O’Keefe Breweries of Canada. Over the course of his career, Mr. Caldwell has served on the audit committees of ten public companies. Mr. Caldwell has been a director of Faro Technologies, Inc. since 2002. Mr. Caldwell holds a Bachelor of Commerce degree from Carleton University, Ontario, and is a chartered professional accountant with the Chartered Professional Accountants of Ontario. Mr. Caldwell is an author and lecturer on the subject of board oversight of enterprise risk. 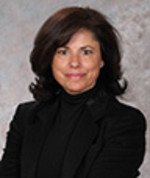 Ms. Denzel served as interim Chief Executive Officer of Outerwall Inc. (an automated retail solutions provider) from January to August 2015. Prior to Outerwall, Ms. Denzel held various executive management positions from February 2008 through August 2012 at Intuit Inc. (a cloud financial management software company), including Senior Vice President of Big Data, Social Design and Marketing and Senior Vice President and General Manager of the QuickBooks Employee Management business unit. From 2000 to 2006, Ms. Denzel held several executive level positions at HP Enterprise, formerly, Hewlett-Packard Company (a technology software, services and hardware provider), including Senior Vice President and General Manager, Software Global Business Unit from May 2002 to February 2006 and Vice President of Storage Organization from August 2000 to May 2002. Prior to HP Enterprise, Ms. Denzel held executive positions at Legato Systems Inc. (a data storage management software company purchased by EMC Corporation) and International Business Machines Corporation (IBM) (an information technology company). Ms. Denzel has been a member of the board of directors of Ericsson since March 2013, Talend S.A. since July 2017 and NortonLifelock since December 2019. She holds a Master of Business Administration degree from Santa Clara University and a Bachelor of Science degree in Computer Science from the State University of New York.

Director Qualifications: Ms. Denzel brings to the Board more than 25 years of experience in technology, software, data center and leadership as a result of her experience at Intuit, Hewlett-Packard and IBM, and her experience on the boards of directors of other public companies. 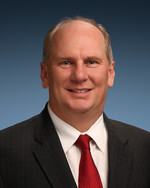 Mr. Durcan served as an advisor of Micron Technology, Inc. (a memory and storage solutions company) from May 2017 to August 2017 and served as its Chief Executive Officer from February 2012 until his retirement in May 2017.  During Mr. Durcan’s 32-year tenure at Micron Technology, he held a wide variety of senior leadership positions, including President and Chief Operating Officer from 2007 to 2012, Chief Operating Officer from 2006 to 2007, Chief Technical Officer from 1998 to 2006 and Vice President, Research and Development from 1996 to 1998.  Mr. Durcan joined Micron Technology, in June 1984 as a Diffusion Engineer and held a series of increasingly responsible positions, including Process Integration Engineer, Process Integration Manager and Process Development Manager.  Mr. Durcan holds approximately 100 U.S. patents and overseas patents.  Mr. Durcan has been a member of the board of directors of AmerisourceBergen Corporation since 2015, Veoneer, Inc. since 2018, and the Supervisory Board at ASML Holding NV. since April 2020.  He also serves as a director of St. Luke’s Medical System, a not-for-profit hospital and health care system, and is a member of the Rice University Board of Trustees.  Mr. Durcan holds a Bachelor of Science degree in Chemical Engineering and a Master of Chemical Engineering degree from Rice University.

Director Qualifications: Mr. Durcan is a seasoned business executive with 32 years of experience in the semiconductor industry. He brings to the Board substantial experience as a chief executive officer and in the areas of executive leadership, strategic planning, finance and corporate governance. 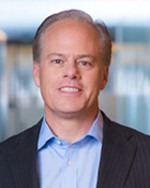 Mr. Gregoire is a founding partner at Brighton Park Capital (a growth equity private equity firm).  Prior to Brighton Park Capital, Mr. Gregoire served as Chairman & CEO of CA Technologies (an enterprise software company) from January 2013 to November 2018. Mr. Gregoire served as President and CEO of Taleo Corporation (“Taleo”) (a cloud-based talent management software company) from March 2005 to April 2012. He also served as a member of the board of directors of Taleo from April 2005 to April 2012 and as chairman of the board from May 2009 to April 2012.  In addition, Mr. Gregoire served as Executive Vice President at PeopleSoft, Inc. and Executive Director at Electronic Data Systems (EDS) and has been chair of the World Economic Forum’s IT Governors Steering Committee as well as a member of the Business Roundtable’s Information and Technology Committee.  Mr. Gregoire also serves on the Executive Council of TechNet, an organization of CEOs that represents the technology industry in policy issues critical to American innovation and economic competitiveness.  Mr. Gregoire has been a member of the board of directors of Smartsheet Inc. since December 2019.  Mr. Gregoire holds a Bachelor of Science degree in Physics and Computing from Wilfrid Laurier University in Ontario, Canada, and a Master of Business Administration degree from California Coast University.

Director Qualifications:  Mr. Gregoire is a seasoned business executive with experience as a chief executive officer, with a strong financial management and fiscal background.  Mr. Gregoire brings to the Board extensive experience in executive leadership and strategy in the technology industry. 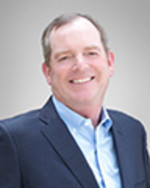 Mr. Marren has served as Senior Managing Director, North America of Temasek (a sovereign wealth fund of the government of Singapore) since November 2017. Prior to joining Temasek, Mr. Marren was a Senior Partner and the Head of Technology Investments of TPG Capital (a private equity investment company) from 2000 until his retirement in December 2015. From 1996 through 2000, Mr. Marren was a Managing Director at Morgan Stanley (a global financial services company), most recently as Co-Head of the Technology Investment Banking Group. From 1992 to 1996, he was a Managing Director and Senior Semiconductor Research Analyst at Alex Brown & Sons (an investment company). While at Morgan Stanley and Alex Brown & Sons, Mr. Marren was a frequent member of the Institutional Investor All-American Research Team, which recognizes the top research analysts on Wall Street. Prior to Alex Brown, Mr. Marren spent seven years in the semiconductor industry working for VLSI Technology and Vitesse Semiconductor.  Mr. Marren has been a member of the board of directors of Poshmark Inc., since July 2018.  Mr. Marren also serves as a director of Impossible Foods, Inc., a private company.  He is a Trustee of the University of California, Santa Barbara, and he serves on the US Olympic and Paralympic Foundation Board. Mr. Marren holds a Bachelor of Science degree in Electrical Engineering from the University of California, Santa Barbara.

Director Qualifications: Mr. Marren brings to the Board extensive experience with financial management and technology, as well as capital market expertise as a result of his prior work at TPG Capital and Morgan Stanley.  Mr. Marren also provides the Board with valuable corporate governance insight from his past and present service on private and public company boards. 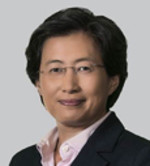 Dr. Lisa T. Su is AMD’s President and Chief Executive Officer, a position she has held since October 2014, and serves on our Board of Directors. Previously, from July 2014 to October 2014, she was Chief Operating Officer responsible for AMD’s business units, sales, and global operations teams. Dr. Su joined AMD in January 2012 as Senior Vice President and General Manager, Global Business Units and was responsible for driving end-to-end business execution of AMD products and solutions. Prior to joining AMD, Dr. Su served as Senior Vice President and General Manager, Networking and Multimedia at Freescale Semiconductor, Inc. (a semiconductor manufacturing company), and was responsible for global strategy, marketing and engineering for the company’s embedded communications and applications processor business. Dr. Su joined Freescale in 2007 as Chief Technology Officer, where she led the company’s technology roadmap and research and development efforts. Dr. Su spent the previous 13 years at IBM in various engineering and business leadership positions, including Vice President of the Semiconductor Research and Development Center responsible for the strategic direction of IBM’s silicon technologies, joint development alliances and semiconductor R&D operations. Prior to IBM, she was a member of the technical staff at Texas Instruments Incorporated from 1994 to 1995. Dr. Su has a Bachelor of Science, Master of Science and Doctorate degrees in Electrical Engineering from the Massachusetts Institute of Technology (MIT). She has published more than 40 technical articles and was named a Fellow of the Institute of Electronics and Electrical Engineers in 2009. In 2017, Dr. Su was named one of the “World’s 50 Greatest Leaders” by Fortune Magazine and the “Top Ranked Semiconductor CEO” by Institutional Investor Magazine. In 2018, Dr. Su was elected to the National Academy of Engineering and received the Dr. Morris Chang Exemplary Leadership Award from the Global Semiconductor Alliance.  In 2019, Dr. Su was named one of the World’s 50 Best CEOs by Barron’s, one of the “Most Powerful Women in Business” by Fortune Magazine and she was included in The Bloomberg 50 list of people who defined the year. In 2020, Fortune named Dr. Su #2 on its “Business Person of the Year” list, she was elected to the American Academy of Arts & Science, and she received the Semiconductor Industry Association’s highest honor, the Robert N. Noyce Award. Dr. Su has been a member of the board of of Cisco Systems, Inc., since January 2020.  She also serves on the board of directors for the Semiconductor Industry Association and the Global Semiconductor Alliance.

Director Qualifications: As our President and Chief Executive Officer, Dr. Su brings to the Board her expertise and proven leadership in the global semiconductor industry as well as valuable insight into our operations, management and culture, providing an essential link between the management and the Board on management’s perspectives. 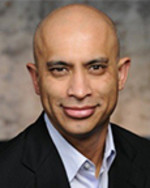 Mr. Talwalkar was President and Chief Executive Officer of LSI Corporation (a semiconductor and software company) from May 2005 until the completion of LSI’s merger with Avago Technologies Limited in May 2014. From 1993 to 2005, Mr. Talwalkar held a number of senior management positions at Intel Corporation (a semiconductor company), including Corporate Vice President and Co-General Manager of the Digital Enterprise Group, which was comprised of Intel’s corporate client, server, storage, and communications businesses, and Vice President and General Manager for the Intel Enterprise Platform Group, where he focused on developing, marketing, and driving Intel business strategies for server computing. Prior to Intel, Mr. Talwalkar held senior engineering and marketing positions at Sequent Computer Systems (a multiprocessing computer systems design and manufacturer that later became a part of IBM). He also held positions at Bipolar Integrated Technology, Inc. (a VLSI bipolar semiconductor company); and Lattice Semiconductor Inc. (a service-driven developer of programmable design solutions). He has been a member of the board of directors of Lam Research Corporation since 2011, iRhythm Technologies since 2016 and TE Connectivity since 2017. Mr. Talwalkar was also a member of the board of directors of LSI Corporation from 2005 to 2014 and the Semiconductor Industry Association. Additionally, he was a member of the U.S. delegation for World Semiconductor Council proceedings. Mr. Talwalkar holds a Bachelor of Science degree in Electrical Engineering from Oregon State University.

Director Qualifications: Mr. Talwalkar brings to the Board extensive CEO experience and significant public company technology industry experience. He also provides the Board with valuable public board governance insight from his past and present board service.