– AMD Radeon RX 6000M Series Mobile Graphics provide a generational performance leap of up to 1.5X, powering the next generation of premium gaming laptops from ASUS, HP, Lenovo, MSI and other leading OEMs –

In addition, AMD unveiled AMD FidelityFX Super Resolution (FSR), a cutting-edge spatial upscaling technology designed to boost framerates up to 2.5X in select titles at 4K resolution3 and deliver a high-quality, high-resolution gaming experience. More than 10 game developers plan to integrate FSR into their top titles and game engines in 2021, with the first games supporting FSR expected to be available later this month.

“There have been incredible advances in gaming over the last several years, with powerful technologies allowing desktop PCs to deliver high-octane, beautifully complex and immersive worlds like never before,” said Scott Herkelman, corporate vice president and general manager, Graphics Business Unit at AMD. “Today we’re excited to bring the high-performance, energy-efficient AMD RDNA™ 2 architecture to next-generation laptops to unlock the same level of high-performance experiences and true-to-life visuals for mobile gamers. With AMD Advantage, gamers can be sure these next-gen laptops are designed, optimized and purpose-built for the best possible gaming experiences.”

AMD FidelityFX Super Resolution (FSR) offers broad support on more than 100 AMD processors and GPUs as well as competitor GPUs. FSR offers four quality settings allowing gamers to adjust the balance between image quality and performance based on their preferences, providing high-performance, visually stunning gaming experiences for even the most demanding visual features, including raytracing. FSR offers up to 2.5X higher performance in “Performance” mode than native resolution gaming in select titles.

“AMD has been a strong partner throughout the development of Godfall, providing players with stunning visuals and world-class performance to power this first-of-its-kind, looter-slasher, melee action-RPG,” said Keith Lee, CEO of Counterplay Games. “Now, with FidelityFX Super Resolution, AMD has delivered another amazing platform-agnostic feature that’s easy for developers to implement and provides the Godfall community with higher performance at higher resolutions with all of the bells and whistles, including raytracing, cranked way up.”

FSR is an open-source solution based on industry standards, making it easy for developers to integrate the technology into new and existing titles. More information about FSR and supported titles will be announced on June 22. Learn more here.

You can learn more about all of AMD’s announcements at Computex 2021 through AMD CEO Dr. Lisa Su’s keynote presentation here.

About AMD
For 50 years AMD has driven innovation in high-performance computing, graphics and visualization technologies ― the building blocks for gaming, immersive platforms and the datacenter. Hundreds of millions of consumers, leading Fortune 500 businesses and cutting-edge scientific research facilities around the world rely on AMD technology daily to improve how they live, work and play. AMD employees around the world are focused on building great products that push the boundaries of what is possible. For more information about how AMD is enabling today and inspiring tomorrow, visit the AMD (NASDAQ:AMD) website, blog, Facebook and Twitter pages.

CAUTIONARY STATEMENT
This press release contains forward-looking statements concerning Advanced Micro Devices, Inc. (AMD) such as the features, functionality, performance, availability, timing and expected benefits of AMD RadeonTM RX 6000M Series Mobile Graphics GPUs, the AMD Advantage™ Design Framework, AMD FidelityFX Super Resolution and AMD Radeon RX 6000M-based laptops, which are made pursuant to the Safe Harbor provisions of the Private Securities Litigation Reform Act of 1995. Forward-looking statements are commonly identified by words such as "would," "may," "expects," "believes," "plans," "intends," "projects" and other terms with similar meaning. Investors are cautioned that the forward-looking statements in this press release are based on current beliefs, assumptions and expectations, speak only as of the date of this press release and involve risks and uncertainties that could cause actual results to differ materially from current expectations. Such statements are subject to certain known and unknown risks and uncertainties, many of which are difficult to predict and generally beyond AMD's control, that could cause actual results and other future events to differ materially from those expressed in, or implied or projected by, the forward-looking information and statements. Material factors that could cause actual results to differ materially from current expectations include, without limitation, the following: Intel Corporation’s dominance of the microprocessor market and its aggressive business practices; global economic uncertainty; the loss of a significant customer; the impact of the COVID-19 pandemic on AMD’s business, financial condition and results of operations; the competitive markets in which AMD’s products are sold; quarterly and seasonal sales patterns; market conditions of the industries in which AMD products are sold; the cyclical nature of the semiconductor industry; AMD's ability to adequately protect its technology or other intellectual property; unfavorable currency exchange rate fluctuations; the ability of third party manufacturers to manufacture AMD's products on a timely basis in sufficient quantities and using competitive technologies; the availability of essential equipment, materials, substrates or manufacturing processes; expected manufacturing yields for AMD’s products; AMD's ability to introduce products on a timely basis with features and performance levels that provide value to its customers; AMD's ability to generate revenue from its semi-custom SoC products; potential security vulnerabilities; potential IT outages, data loss, data breaches and cyber-attacks; uncertainties involving the ordering and shipment of AMD’s products; AMD’s reliance on third-party intellectual property to design and introduce new products in a timely manner; AMD's reliance on third-party companies for the design, manufacture and supply of motherboards, software and other computer platform components; AMD's reliance on Microsoft Corporation and other software vendors' support to design and develop software to run on AMD’s products; AMD’s reliance on third-party distributors and add-in-board partners; the impact of modification or interruption of AMD’s internal business processes and information systems; compatibility of AMD’s products with some or all industry-standard software and hardware; costs related to defective products; the efficiency of AMD's supply chain; AMD's ability to rely on third party supply-chain logistics functions; AMD’s ability to effectively control the sales of its products on the gray market; the impact of government actions and regulations such as export administration regulations, tariffs and trade protection measures; AMD’s ability to realize its deferred tax assets; potential tax liabilities; current and future claims and litigation; the impact of environmental laws, conflict minerals-related provisions and other laws or regulations; the impact of acquisitions, joint ventures and/or investments on AMD's business, including the announced acquisition of Xilinx, and the failure to integrate acquired businesses; AMD’s ability to complete the Xilinx merger; the impact of the announcement and pendency of the Xilinx merger on AMD’s business; the impact of any impairment of the combined company’s assets on the combined company’s financial position and results of operation; the restrictions imposed by agreements governing AMD’s notes and the revolving credit facility; AMD's indebtedness; AMD's ability to generate sufficient cash to service its debt obligations or meet its working capital requirements; AMD's ability to repurchase its outstanding debt in the event of a change of control; AMD's ability to generate sufficient revenue and operating cash flow or obtain external financing for research and development or other strategic investments; political, legal, economic risks and natural disasters; future impairments of goodwill and technology license purchases; AMD’s ability to attract and retain qualified personnel; AMD’s stock price volatility; and worldwide political conditions. Investors are urged to review in detail the risks and uncertainties in AMD’s Securities and Exchange Commission filings, including but not limited to AMD’s most recent reports on Forms 10-K and 10-Q.

©2021 Advanced Micro Devices, Inc. All rights reserved. AMD, the AMD Arrow logo, Advantage, FreeSync, Radeon, Ryzen, RDNA and combinations thereof are trademarks of Advanced Micro Devices, Inc. DirectX is a registered trademark of Microsoft Corporation in the US and other jurisdictions. Other product names used in this publication are for identification purposes only and may be trademarks of their respective companies. 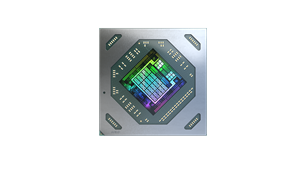