SANTA CLARA, Calif., Jan. 12, 2021 (GLOBE NEWSWIRE) -- Today at Consumer Technology Association’s Consumer Electronics Show, AMD (NASDAQ: AMD) showcased technology innovations that are improving how consumers live, work and play. During her keynote, AMD President and CEO Dr. Lisa Su reiterated the importance of high-performance computing in people’s daily lives and the ways in which the acceleration of digital transformation – at home and at work – point to a bright future this year and beyond. To power that future, Dr. Su announced a new family of high-performance mobile processors for laptops and offered a preview of an upcoming next-generation server processor for data centers.

“AMD is incredibly proud to be at the heart of products, services and experiences keeping us productive, learning, connected and entertained in an increasingly ‘digital first’ world,” said Dr. Su. “We are committed to consistently pushing the envelope on what’s possible in PCs, gaming, data centers and the cloud together with our industry partners.”

Dr. Su was joined in the keynote by a diverse set of partners: HP CEO Enrique Lores, Lenovo CEO Yang Yuanqing, Vice President of Technology for Lucasfilm François Chardavoine, Mercedes-AMG Petronas Formula One Team Driver Lewis Hamilton and Team Principal and CEO Toto Wolff, and Microsoft Chief Product Officer Panos Panay. Each shared how they partner with AMD to offer some of the most exciting products, services and experiences to people around the world. For example, Lewis Hamilton, Formula 1 World Champion, discussed the role of high-performance computing in racing, from the design and testing of the car to the analysis of race data for competitive advantage. (38:50 – 45:55)

In addition, scientific researchers explained how an additional 12 petaflops of donated AMD EPYC™ and AMD Radeon Instinct compute power is accelerating their work to research infectious disease including COVID-19. (6:00 – 9:00)

This press release contains forward-looking statements concerning Advanced Micro Devices, Inc. (AMD) such as the features, functionality, performance, availability, timing and expected benefits of AMD products including the AMD Ryzen™ 5000 Series Mobile Processors and the 3rd Gen AMD EPYC™ Server Processor, which are made pursuant to the Safe Harbor provisions of the Private Securities Litigation Reform Act of 1995. Forward-looking statements are commonly identified by words such as "would," "may," "expects," "believes," "plans," "intends," "projects" and other terms with similar meaning. Investors are cautioned that the forward-looking statements in this press release are based on current beliefs, assumptions and expectations, speak only as of the date of this press release and involve risks and uncertainties that could cause actual results to differ materially from current expectations. Such statements are subject to certain known and unknown risks and uncertainties, many of which are difficult to predict and generally beyond AMD's control, that could cause actual results and other future events to differ materially from those expressed in, or implied or projected by, the forward-looking information and statements. Material factors that could cause actual results to differ materially from current expectations include, without limitation, the following: Intel Corporation’s dominance of the microprocessor market and its aggressive business practices; the ability of third party manufacturers to manufacture AMD's products on a timely basis in sufficient quantities and using competitive technologies; expected manufacturing yields for AMD’s products; the availability of essential equipment, materials or manufacturing processes; AMD's ability to introduce products on a timely basis with features and performance levels that provide value to its customers; global economic uncertainty; the loss of a significant customer; AMD's ability to generate revenue from its semi-custom SoC products; the impact of the COVID-19 pandemic on AMD’s business, financial condition and results of operations; political, legal, economic risks and natural disasters; the impact of government actions and regulations such as export administration regulations, tariffs and trade protection measures; the impact of acquisitions, joint ventures and/or investments on AMD's business, including the announced acquisition of Xilinx, and the failure to integrate acquired businesses; AMD’s ability to complete the Xilinx merger; the impact of the announcement and pendency of the Xilinx merger on AMD’s business; potential security vulnerabilities; potential IT outages, data loss, data breaches and cyber-attacks; uncertainties involving the ordering and shipment of AMD’s products; quarterly and seasonal sales patterns; the restrictions imposed by agreements governing AMD’s notes and the revolving credit facility; the competitive markets in which AMD’s products are sold; market conditions of the industries in which AMD products are sold; AMD’s reliance on third-party intellectual property to design and introduce new products in a timely manner; AMD's reliance on third-party companies for the design, manufacture and supply of motherboards, software and other computer platform components; AMD's reliance on Microsoft Corporation and other software vendors' support to design and develop software to run on AMD’s products; AMD’s reliance on third-party distributors and add-in-board partners; the potential dilutive effect if the 2.125% Convertible Senior Notes due 2026 are converted; future impairments of goodwill and technology license purchases; AMD’s ability to attract and retain qualified personnel; AMD's ability to generate sufficient revenue and operating cash flow or obtain external financing for research and development or other strategic investments; AMD's indebtedness; AMD's ability to generate sufficient cash to service its debt obligations or meet its working capital requirements; AMD's ability to repurchase its outstanding debt in the event of a change of control; the cyclical nature of the semiconductor industry; the impact of modification or interruption of AMD’s internal business processes and information systems; compatibility of AMD’s products with some or all industry-standard software and hardware; costs related to defective products; the efficiency of AMD's supply chain; AMD's ability to rely on third party supply-chain logistics functions; AMD’s stock price volatility; worldwide political conditions; unfavorable currency exchange rate fluctuations; AMD’s ability to effectively control the sales of its products on the gray market; AMD's ability to adequately protect its technology or other intellectual property; current and future claims and litigation; potential tax liabilities; and the impact of environmental laws, conflict minerals-related provisions and other laws or regulations. Investors are urged to review in detail the risks and uncertainties in AMD’s Securities and Exchange Commission filings, including but not limited to AMD’s Quarterly Report on Form 10-Q for the quarter ended September 26, 2020.

About AMD
For more than 50 years, AMD has driven innovation in high-performance computing, graphics and visualization technologies ― the building blocks for gaming, immersive platforms and the data center. Hundreds of millions of consumers, leading Fortune 500 businesses and cutting-edge scientific research facilities around the world rely on AMD technology daily to improve how they live, work and play. AMD employees around the world are focused on building great products that push the boundaries of what is possible. For more information about how AMD is enabling today and inspiring tomorrow, visit the AMD (NASDAQ:AMD) website, blog, Facebook and Twitter pages.

Photos accompanying this announcement are available at: 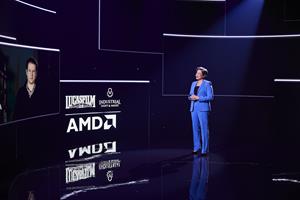 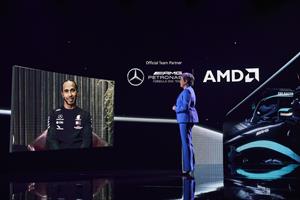 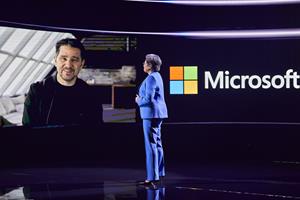